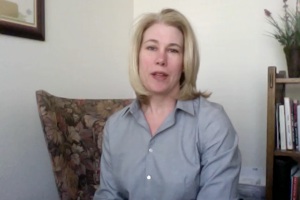 I had a wise customer comment to me once that he didn’t mind collecting data as long as the operators/engineers were going use it for slurry control.  I completely agree with that statement but would add: make sure the data you are gathering is meaningful.

So, what does meaningful data look like?  In my mind, it would be data that you could rely on to troubleshoot issues within your process.  One of my favorite examples was a customer who was measuring the pH of a slurry but his pH probe would never stabilize prior to turning off.  Instead of resolving the issue, he would record the last reading he saw before the meter shut off.

So, I received the panicked call that his slurry had gone bad and he didn’t know why.

Though he did a great job recording his data and graphing it for all to see, his data wasn’t accurate and he couldn’t use it for its intended purpose.  It was an expensive lesson for the engineer and the company.

Collecting data for the sake of compiling a graph does not help you achieve the ultimate business goal of making castings.  And, if you don’t have any confidence in the testing method, the technician or the result, than you might consider utilizing your resources in another capacity.

In the next few weeks, we will discuss ways to ensure you have robust slurry testing procedures.