The Reward for Pushing Beyond Your “Perceived” Limits 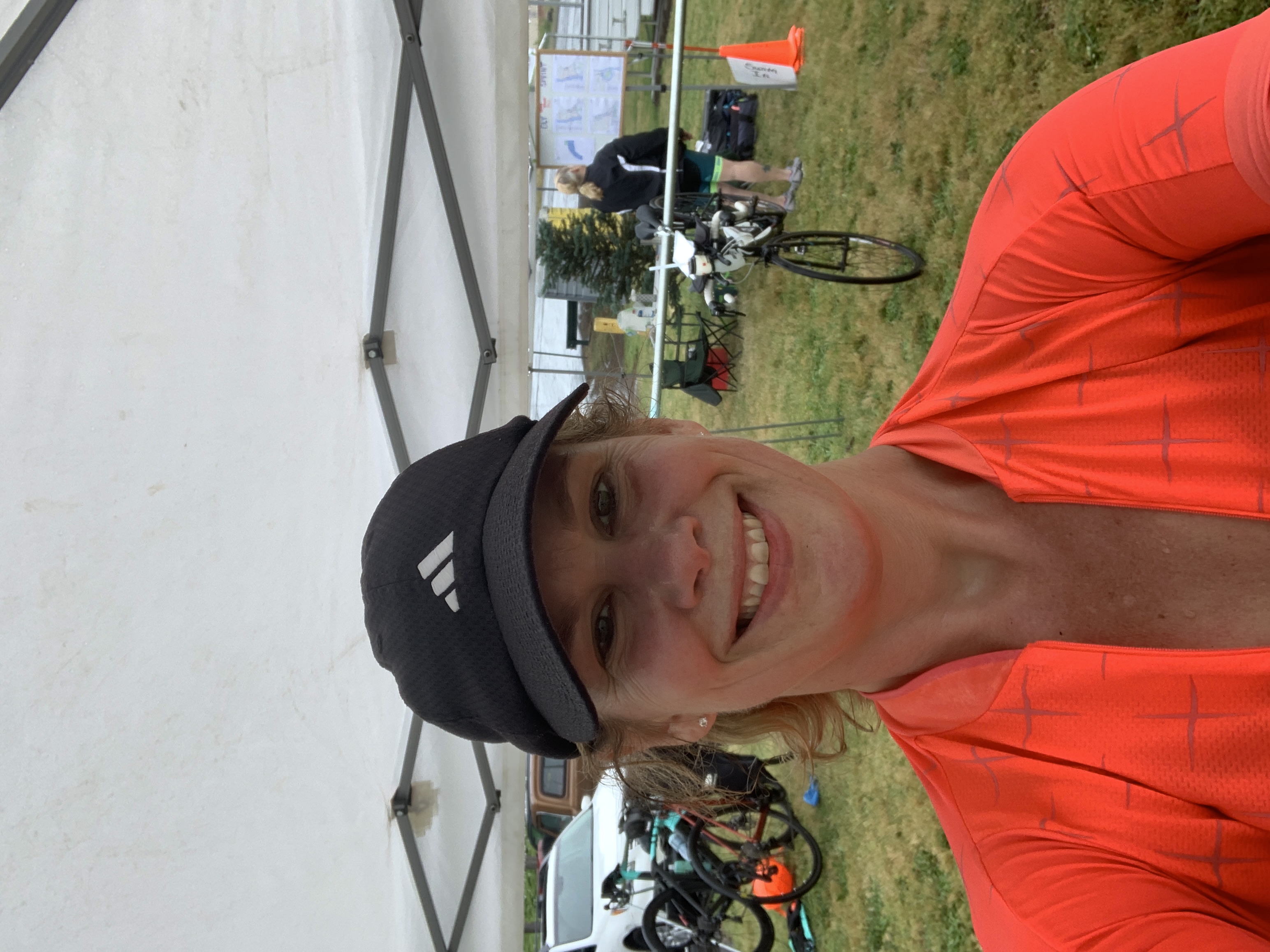 A few weeks ago, I was lamenting that our plans to climb South Sister in July were cancelled. This is the first summer in six years that l’m not training for some adventure. I’ve completed Hood to Coast and Cycle Oregon, climbed Mt. St. Helens and trained for the Camino Frances. But, due to COVID-19, I found myself adventure-free this summer. I’m sure this fact was on my mind when I was scrolling through Facebook and saw that a good friend of mine was competing in a local “virtual” triathlon. Without hesitation, I agreed to do it with her.  Of course, the fact that I hadn’t swum in over 10 years, biked in nearly two years, or run in six months seemed to have escaped my memory. (I do think the adult libation I was enjoying at the time might have been partly responsible.)

The next morning I realized the foolishness of my idea. I did commit to my friend, but there was another reason I didn’t back out. At the recommendation of another friend and colleague, I started reading Extreme Ownership by Jocko Willink and Leif Babin. While this book has amazing application to business and leadership, the chapter about checking your ego and trying something you might fail at really resonated with me. I know intellectually that in order to reach my full potential, I have to go beyond my comfort zone. But applying this truth in my life isn’t something I embrace at the frequency that I should.

So, I dug out my running shoes, dusted off my bike, and headed down to the lake with a few butterflies in my stomach.

It felt so great to swim in the open water. The biking was great until the rain started. But we persevered and finished with a wet 3-mile run.

In the end, I was rewarded by meeting some great people, talking shop with another business owner, and pushing my body in a way I hadn’t done in quite some time.

Trying something at which you might fail doesn’t just apply to sports.  It is also necessary to see growth in your business, your career path or your relationships with others.  In a recent engagement with a mid-market company, the CEO realized that a key employee wasn’t performing at the level required in order to ensure successful implementation of the company’s turnaround plan.  His initial response was to ignore the problem.  But, as the Board pointed out, this approach had gotten the company into the current situation.  So, now, he had to make a choice: fire her, redeploy her or invest in her development.  He chose to invest in the employee and brought me in to coach the key employee.  The end result was a more engaged employee, $125,000 in annualized profitability increase and praise from the Board.

Another client was in the process of assuming control of the company from her father.  The transition plan had been agreed to by all parties, but when it came to implement the plan, her father refused to follow the plan.  Imagine the stress, on both sides. If this wasn’t handled appropriately, the end result could be the degradation of the father/daughter relationship and instability in the company resulting in reduced business valuation.  I coached the daughter on how to address the situation, encouraging her to find the third solution, that elusive solution that we often overlook.  As we talked, she realized that while the transition plan was solid, her tactics needed to be modified.  She changed her stance, softened her approach and her father responded.  The transition was completed, the company was strengthened and the father/daughter relationship was preserved.

If you find that you are stagnating in business or personally, it may be time to push yourself. This means searching for solutions which don’t initially seem apparent, trying ideas that may seem unreachable or being open to feedback from previously unwelcome sources.  If you aren’t sure where to start, let’s connect.  One thing I’ve learned from my years in sports and business is that accountability is the driving force behind reaching one’s full potential.

← United Together with a Flock Block Is Boring Beautiful? →