Communication: A Key to Retaining Customer Good Will 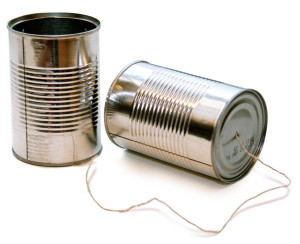 Over the Thanksgiving holiday, my husband and I flew back to Wisconsin to be with family.  Unfortunately, Chicago was experiencing its first big snow storm of the season and flights into the airport were being delayed.  So, we sat in Portland waiting for our flight to take off. We kept hearing we would get flight updates in an hour, then the hour came and it was another flight update in 30 minutes.  The airline handled the situation well and despite being a weather delay, they even handed out food vouchers as we waited.

After four hours, Chicago Air Traffic Control lifted the ground stop and gave our flight a departure time.  So, we all line up and started boarding the aircraft.  In the middle of boarding, the crew told us to stop, gather our belongings and get off the plane.  Apparently, the pilots had timed out and left the airport, leaving us with no one to fly the plane.  So, we all de-planed feeling rather frustrated with the airline.

As we waited for a pilot, I thought about how a simple process of communication between the pilots and ground crew could have avoided the frustration of having passengers deplane.  And all the good will that the airline earned during the weather delay was erased due to poor internal communication.

Looking for some ideas on how to improve your internal processes?  Let’s talk – I know I can help!